Preparing Your Business For Brexit – What Do We Know?

With the UK’s withdrawal from the European Union planned for peak season, we look at what businesses are doing to prepare.

Since Britain announced its intended departure from the European Union over three years ago, the British economy has been on a bit of a rollercoaster ride. GDP has been constantly fluctuating and deals have been proposed and dismissed, resulting in the true impact of Brexit on UK businesses still unknown all this time later. With the UK now planning to leave the EU on the 31st October 2019 with or without a deal, the government have stepped up their call for businesses to take all the necessary measures they need to, in preparation for Brexit.

Although everyone is still unsure of what effect Brexit is going to have on businesses until we leave the EU, we do know that it will bring changes for businesses of all sizes and sectors. With a range of challenges and opportunities ahead, it provides a chance for everyone to look at their existing processes, even if they don’t think they’ll be immediately affected.

So, what exactly should businesses be thinking about? 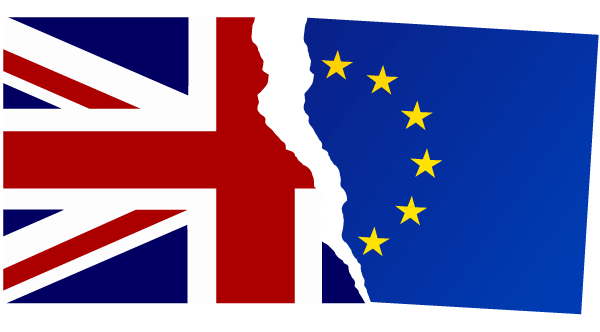 The potential impact on your supply chain and warehousing

The exit date of 31st of October has provided businesses with much greater challenges compared to the previous planned departure date of 29th March. That’s because Brexit is now planned for when many retailers are gearing up for the busy Christmas period, limiting the ability for businesses to safeguard their supply chain through smart stockpiling. A prime example, back in March, supermarket giant Tesco stockpiled more than £200 million worth of long-life food products, however they have admitted it would be impossible to achieve this time around because of the lack of space in their logistics system. This is because by autumn time, all the major supermarkets have block-booked all available chilled warehousing, ready for the Christmas food rush. This means that other businesses in the food and drink sector, or even the chemical and pharmaceutical sector, may struggle to get the warehouse space they need, if they need it. 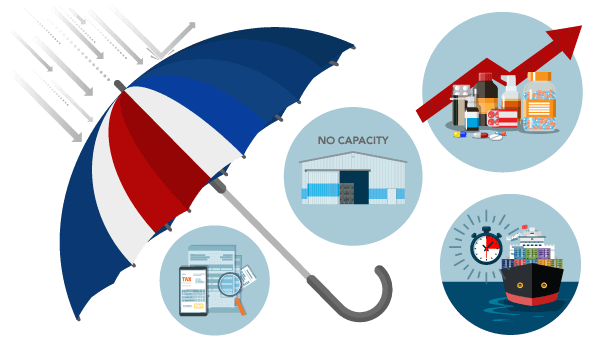 Therefore, with the date of the UK’s withdrawal so close to peak trading season, many SMEs may find that they are left with very little time to react to any possible changes to their supply chain. With that in mind, official organisations are recommending that businesses focus on factors that they can control and make the necessary preparations where they can. Some of the potential risks of Brexit that have been outlined include:

The potential impact on your workforce

With around 19% of European migrants taking jobs in warehousing, the last thing businesses will want during the peak Black Friday and Christmas period is for fulfilment to suffer as a result of labour shortages. Therefore, it is important for businesses to ensure that their European workers, warehouse based or not, are aware of what they must do in the event of Brexit:

If you import/export goods, there will be some extra steps and considerations that you will need to make. If you don’t have a member of staff who is knowledgeable in customs and export, it might also be valuable to train someone up to fully understand these measures.

Although there is a wide range of post-Brexit responsibilities you will need to consider if you trade with the EU, here are just some of the key things you’ll need to do: 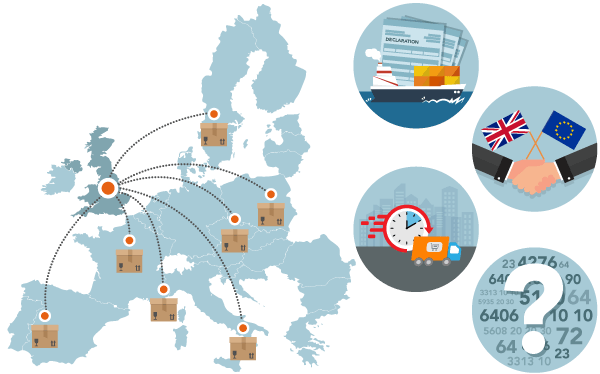 In conclusion, there is no doubt that Brexit will have some sort of impact on UK businesses, particularly those that import from or export to the EU, so you should start preparing now if you aren’t already.

These are just a few of the things we have highlighted that you may need to consider, however you can find much more information on what you need to do through the government’s official tool on preparing your business or organisation for Brexit.

The British Chamber of Commerce has also released a detailed Business Brexit Checklist that you may also find useful.

To find out more about how OrderWise can help you manage your supply chain and warehouse operations, give our team a call on 01522 704083.